Mindfield -The first day of summer 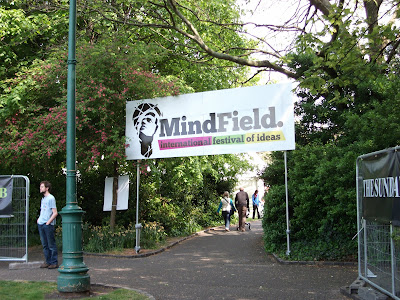 I took the train into the city to visit Mindfield International Festival of Ideas in Merrion Square (Dublin).


I liked the title of the talk "My Year of Flops -how success and failure are closely interconnected." in the Leviathan tent. I confess not to having heard of the speaker, Nathan Rabin, previously, but the title attracted me.


A bit of misery and I'm anybody's. 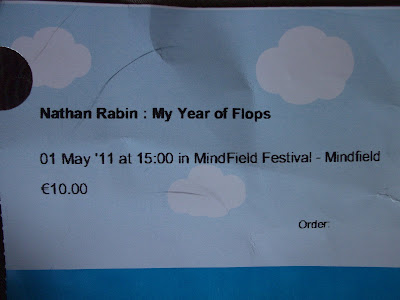 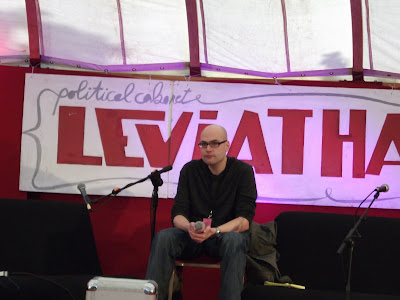 Rabin, a thirty four year old film and music critic and head writer at The Onion (a newspaper which describes itself as America's finest news source)gave an engaging and searingly honest account of an emotionally disturbed teenhood after being abandoned by his mother and a stint spent in a mental hospital. None of Rabin's tough experiences deterred him from his ambition to be a writer and his success as a reviewer illustrates the importance in his own words of "not allowing yourself to be controlled by the past."
A well spent hour in the company of a witty, self deprecating and interesting speaker.

Afterwards, I was delighted to bump into, and have a bout of reminiscing with, a former work colleague, Helen Healy, who happens to be married to legendary Sligo writer Dermot Healy, author of Long Time, No See
And, of course, I couldn't resist seizing them for a photo. 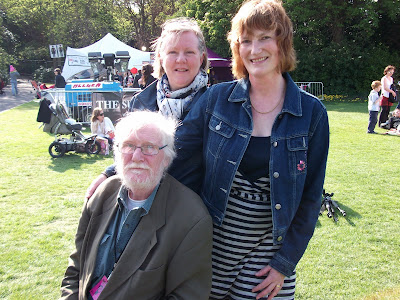 Sounds a great day, Mari. It's great to hear that success and failure aren't poles apart - I guess it depends on our definitions. As my mother (and everyone else's no doubt) always said, 'It's the trying that counts.' Fab photo. Debbie

Thanks Debbie. Dermot doesn't look particularly impressed at being hijacked for the photo...I was lucky I happened to get his wife's permission. The day was great & Nathan Rabin well worth the visit.

It sounds quite interesting, these kind of talks do interest me quite a lot.

Hi Sam. The concept of success and failure being so interconnected is quite interesting. Nice to meet you!