O'bama where art thou?

There's always that conflict when a might-never-get-the-chance-again type event comes to town. To sit comfortably at home and enjoy the bird's eye view provided by television or slum it in those long queues, for the sake of being there.

Today, I took the "Is feidir linn" (Yes we can, in Irish language) approach and headed into the city, two children on tow (who both firmly believed they might even shake the great man's hand)and joined the queue, and the electric atmosphere, on the way to College Green. 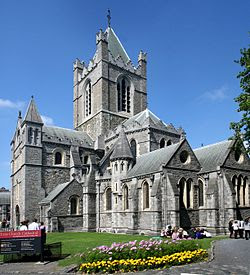 Apart from a magic moment when the chimes of Christchurch Cathedral's iconic bells mingled with the voice of the man himself as he spoke of hope and bonds, there was little chance that we got within striking distance. 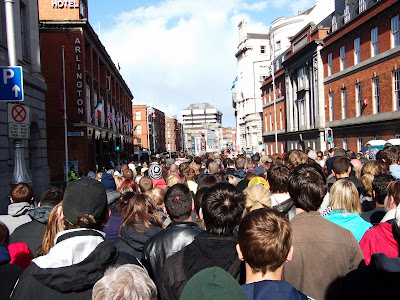 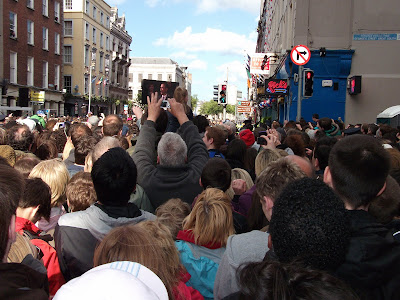 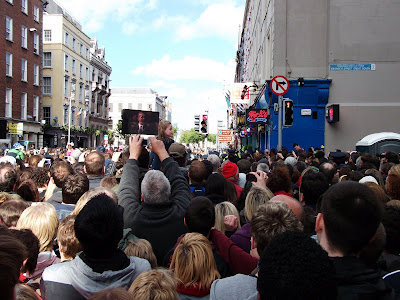 We spent the President's speech wedged at the top of Dame Street, nearly a kilometre away from the action.


Back at home, several hours later, we watched, on telly, the bits we had missed by being there. 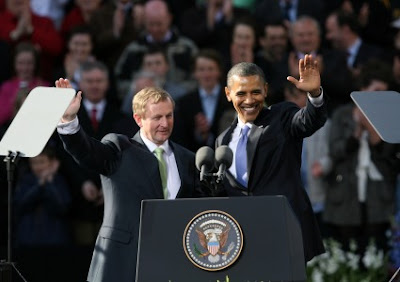 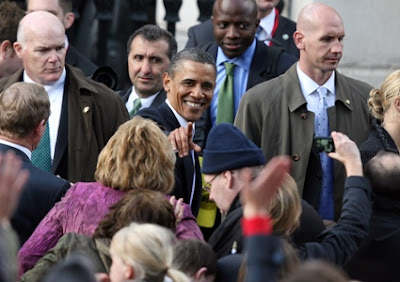 Well at least you made the effort, something your children will remember, instead of sitting home and watching the whole thing on TV.

Karen's right. I don't think we go to events like this to see what happens. We go to be part of the atmosphere.

mmm... personally big crowds scare me and i really enjoyed watching it as it happened.

Emmm...I was one of the lazy ones sitting watching it on telly. I would love to have gone, but I thought the standing would be too much for my 8 year old.
I did however, hear the aircraft going over head en route to the Phoenix Park, that was exciting.

Glitch with Blogger & I haven't been able to reply to comments! Coming up as Anonymous!
Karen - making the trip and bringing the children was the thing, it was just when I got back I pondered about that decision -to go or not to go. On balance it was worth it.
Paul -yes, the atmosphere is the thing. Even watching it on telly after was special knowing we were in the crowd...somewhere.
Mari G

Hi Eileen
Good to hear from you. Keep in touch!

Brigid -a burst of energy hit me of a sudden, otherwise I would have been in front of the telly too...but I have to say it was exciting to have been there.
Nice to hear from you!