What is it about a bunch of writers in one place together? The sudden conviviality after all that solitary business of writing? Perhaps. One thing for sure. An Open Mic night is not just about writers reading their work. And, undoubtedly, the eclectic mix of writing on Wednesday night, in The Liffey Arms, Newbridge, Co Kildare, was well worth hearing.

Nineteen readers took to the podium, starting with Ann-Marie Mullen, who read us an evocative piece about her Auntie Pat in Glasgow. Audrey Doyle read some nature poetry and Innes Dillon told us about light "bouncing off silky water" in her poem In the swim.

John Martin reworked a witty version of Adam and Eve called Forbidden Fruit and Olive Collins (whose novel Lucinda's List is launching on May 14th) read a short story about Becky and her hilarious and varied guises. 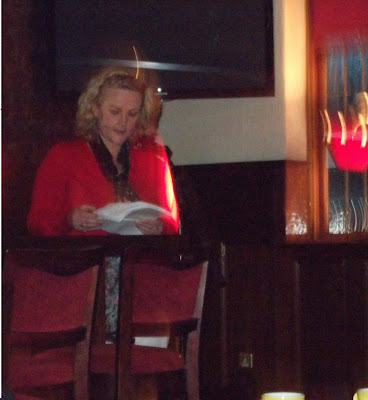 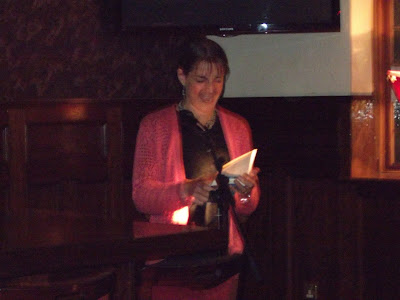 Dominic Cogan read Almost Famous a (hopefully not autobiographical)quirky piece about the quest to become famous. 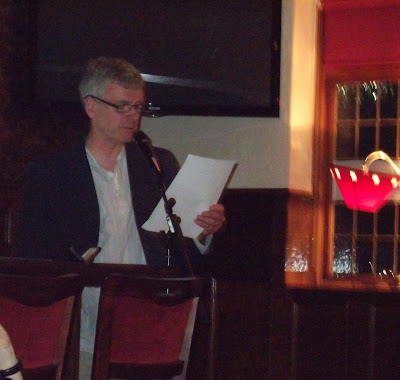 Ann Tannam gave us The art of listening from her newly published poetry collection This Life. Ilona Blunden read a short story from the NUI Cert in Creative writing Anthology Original Sins. Eleanor Dillon gave us a personal reflection.


Bob Shakeshaft read some poetry, including February Field which was his very first poem. 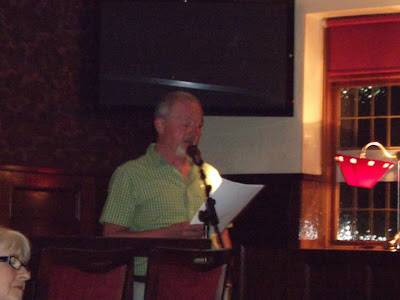 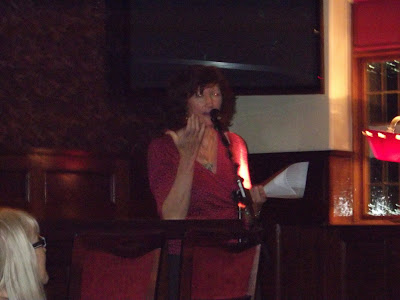 Eileen Keane gave us an extract from her awaiting-publication novel Voices.


Brian Carroll read Deprivation/Depravity, a short story that included amongst other hilarious characters, "a well-fed policeman" 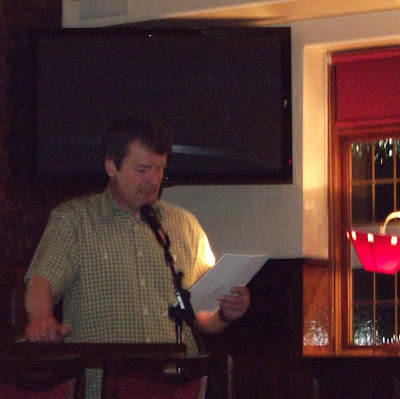 Una Ni Cheallaigh, whose poetry collection is due out soon, read about the impact of an illness on a family. Mae Leonard read from her poetry collection (launching 6th of May) and our M.C. Rita Crampton stayed at the mic to give us two dark pieces of flash fiction In the forest and Death by Chocolate.
Claire Mc Cormack gave us a piece of memoir about her childhood on The Curragh.
Breda Wall-Ryan read a linked sequence of poetry inspired by the Ceide fields as well as a hilarious sonnet about being drunk. 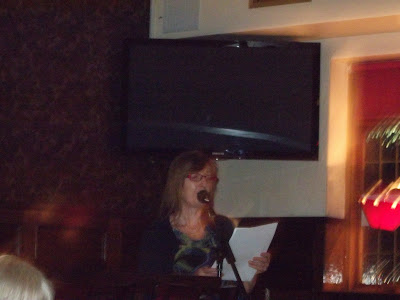 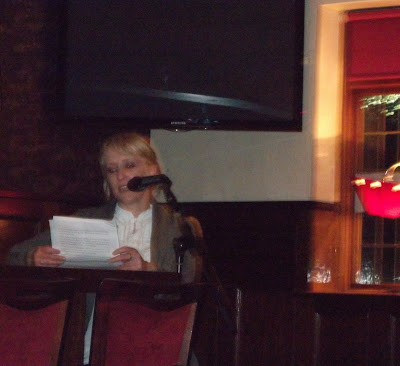 Our final reader was Niamh McSweeney who dedicated her piece The Gymnast, about a cartwheeling nine year old and flying plates of salad, to her mother, Kitty.


And throughout all this entertainment, we took short breaks to mingle, chat, network and swop writerly gossip. Great social networking of the REAL kind.

Hi Rachael.
We certainly had!
Thanks for dropping by.

Sounds like it was a great night. More on the way?

Hi Michael
Plan to run another one in a few months. T'would be great if you could come...

Sounds great. Other Writer's are the only people to 'get' me. I love communicating with other writer's. I've recently joined a writers group. We meet every month. And in July, I'm hoping to go to a large gathering - A writers conference/holiday at Caerleon in Wales.

B.M. -it really is fun socialising with other writers, so much to chat about!
Sarah -The night was great. Like your blog.

it was a thoroughly enjoyable evening, will look forward to the next Open Mic.