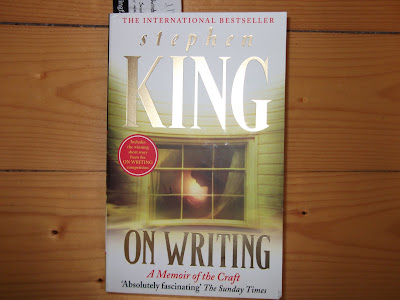 I guess I've not been a true blue Stephen King fan. The only novel I've read is "Carrie" and that was way back in the seventies. Somehow I've never been drawn to his novels.

The movies of his books, however, are nothing short of classics. Notables are
"The Shawshank Redemption", "Misery", "Dolores Claiborne" and of course "Carrie" (I will never forget when her bloodied hand reaches out of the grave and the whole of the tiny cinema in Boyle, Co Roscommon, (West of Ireland) jumped en masse out of their seats!)

I'm currently reading King's part memoir, part learn-to-write book, and it gives a gripping insight into the mind of this greatly talented and prolific author. His detached description of abusive treatment received as a four year old from a particular nanny is sad and hilarious at the same time. Eula-beulah sat on him, farted in his face and shouted POW! Instead of bemoaning the horror of the situation he tells us that a 200 pound babysitter farting in his face, prepared him for the terrors of literary criticism.


Perhaps, surviving a tough situation, as he obviously did, inspired him to write his unforgettable tales of suffering and redemption? 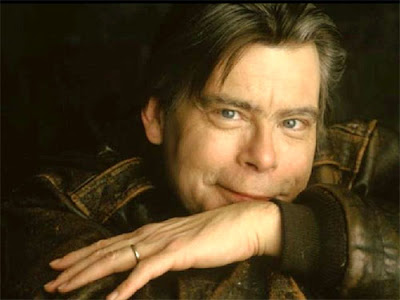 I look forward to becoming a true blue fan.
Posted by Mari G at 5:18 AM

It has been a long time since I read any or Kings work I use to read it when i was younger. I had not idea that he had a memior out.
Visiting from the A-Z Challenge

Hi Bethe. Thanks for stopping by.
On Writing is out since 2000 but has always been categorised as a "learn to write" book even though the first part is actually memoir. Interesting read so far.
Nice to meet you!

I haven't read any of Steven King's books but have seen some of the movies based on his work. I have yet to watch Misery, but it's probably on my Netflix list :)