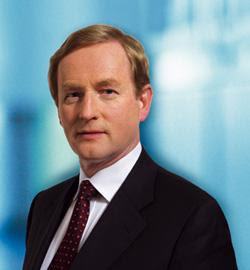 Whatever your opinion on him, Enda Kenny's journey to the point of being crowned Ireland's prime minister is a shining example of the fruits of dogged determination and steadfastness.


Thirty six long years in the Dail: the bulk of these spent in the back benches, criticism from all angles for lack of charisma and grasp of matters economic, efforts by his own party to dethrone him - a few years ago, Enda Kenny's chances of sitting in the Prime Minister's chair appeared slim.

As we all wait with baited breath for a resurgence of hope and try to put aside the doubts that ruminate in the mind - such as "Will a new government really make any difference?"- the hottest new expression has to be "Doing an Enda Kenny."

No matter how long or short his tenure as Prime Minister, Mr Kenny's victory in the face of abundant obstacles gives this writer her own blast of motivation and glimmer of hope. 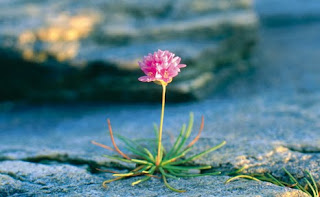 Maybe, just maybe, if I too keep battling on, stay doggedly foccussed, I will one day, reach my longed for goal and finish that goddamn novel.
Posted by Mari G at 5:16 AM

I do agree Mari - let Enda encourage us all. Doing an Enda Kenny - what a great title for your next novel. Debs X

Hi Mari, I do agree - let Enda encourage us all. Doing an Enda Kenny - what a great title for your next novel. Debs X

Hi Mari, I do agree - let Enda encourage us all. Doing an Eda Kenny - what a great title for your next novel. Debbie X

I do agree Mari - let Enda encourage us all. Doing an Enda Kenny - great title for your next novel. Debbie

Hi Debbie
Thanks for dropping in, no matter how often...!
At least I've twigged the mystery of the missing comments & got a great idea for a novel title!

Yes indeed Enda is a lesson to us all. I worked with Enda for one week in 1969 (I think) when he was a newly qualified teacher.

Really good writing and seriously assists with comprehending the issue better.
My partner and I came here simply because this web site was tweeted by a girl I was following and i am delighted I made it here. [url=http://michelmccall511.blogspace.fr/3762813/Suggestions-To-Help-You-Improve-Your-Household-s-Value/]Printable Swiffer coupons Come In Different Types[/url]
[url=http://www.iamsport.org/pg/blog/santiagohens821/read/3845010/easiest-doityourself-and-home-renovation-guidelines]Free Printable Swiffer coupons For Everyone[/url]

Ibasically have got to say you make a lot of very good points and will post a variety of concepts to add on just after a day or two.

My name is Michael O'Moore, born Michael Moore 8/11/1937. changed to O'Moore because when I asked my Father many years ago, Moore is an english name is'nt it? he told me our Family were originally from the Portlaoise area and we had dropped the "O" like so many families who came to Dublin in those day's, you had a better chance of work if you sounded english, when my Father died as the eldest I changed back to O'Moore.
I am told that Enda Kenny may be a distant relative of our Family, we have on my Mothers side the Earley name also Hennessy, I would be extremely proud if there were any truth in this beliefe. I have lived in Manchester since leaving the Merchant Navy, (both Irish and english) Sincerely, Michael O'Moore.