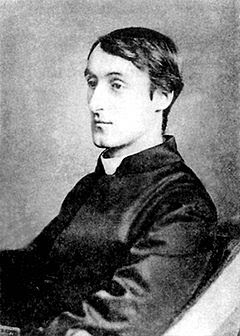 The festival has been based in Newbridge since last year, having previously been held in Monasterevin, Co Kildare. 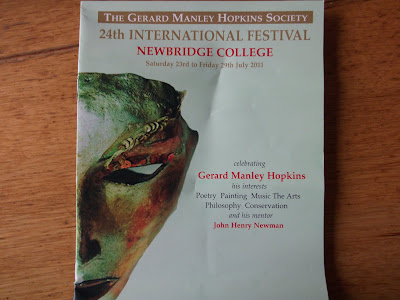 Last night the Riverbank Theatre,Newbridge was host to an international troupe of poets and Hopkins enthusiasts. We were given poetry from Iraq, Canada, Croatia, Wales, The Netherlands, Japan and Ireland. 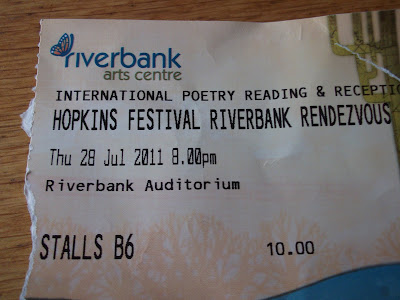 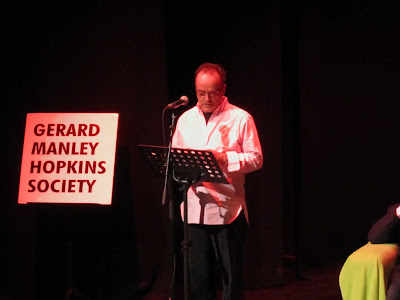 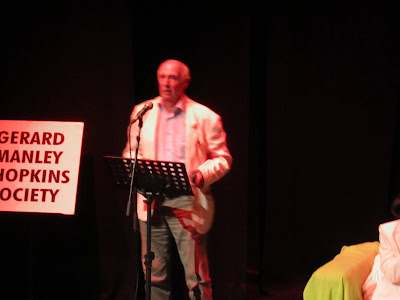 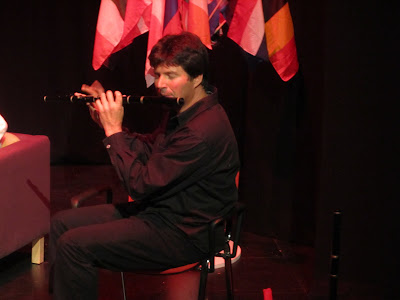 An impromptu lesson in Irish language was given to the audience by Diarmuid Johnson (Professor of Linguistics in Bonn University, Germany) prior to his reading of "Dhiol me mo bho" ('I sold my cow' in Irish language)-a metaphorical tale of inadvertantly giving away what is important, followed by a series of rousing tunes on the concert flute. 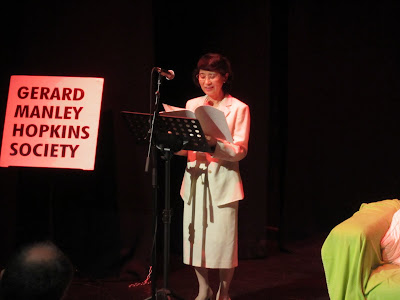 Shizue Ogawa from Osaka, Japan read some haiku's in both English and Japanese. 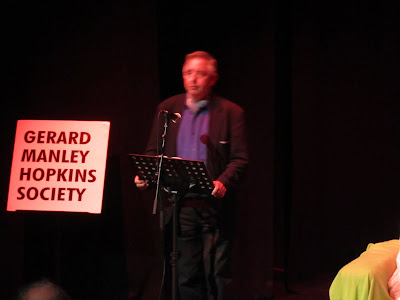 Artistic director of the festival and prolific poet, Desmond Egan, gave us a poetic take on the quarrying and pillage of nearby Hill of Allen, Co Kildare.


The entertainment then moved to O'Rourke's pub where poetry, music and song continued. 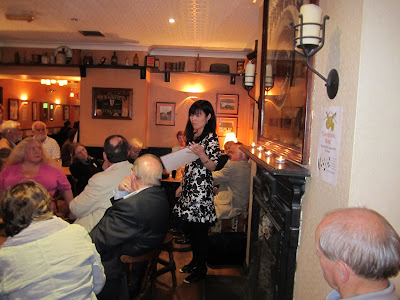 Mr Manley Hopkins would have been well pleased.

Great Review. I must get down there next year

Good blog. I have a real soft spot for this Manley Hopkins poem http://caroleschatter.blogspot.co.nz/2011/12/great-poem-by-manley-hopkins.html