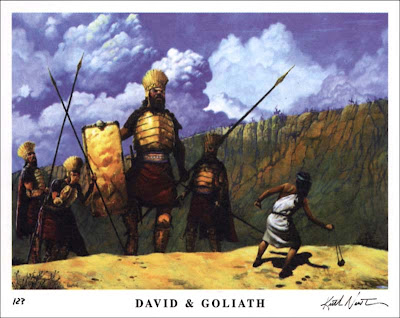 David versus Goliath tales always appeal to me. The little guy overcoming the apparently insumountable.


When the apparently insumountable happens to be a bank, and the little guy is standing on a stage, like a modern day Seanachai (Irish language for storyteller), then the tale is especially appealing. 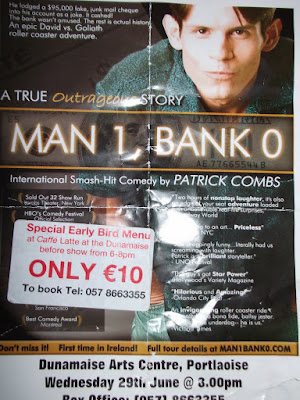 In the style of a stand up comedian, Patrick Combs,Oregan, USA, belted out his playing-a-prank-on-the-bank story last night to an engaged, banking-crisis-weary audience in Dunamaise Arts Centre, Co Laois (Ireland)


From the opening riff of Dire Straits classic "Money for Nothing," we are treated to hilarious enactments of repeated phonecalls to the bank to confirm he's $100k in the black after lodging, for a joke, a "Sample," junk mail cheque for $95,000, attempts to read up on his legal position from "monster" tomes on bank law (the money became "legally" his) and the reaction of the public when he eventually goes to the media-"Vive la Revolution!"

Watched by an Irish audience who are paying extra taxes for reckless banking practices, 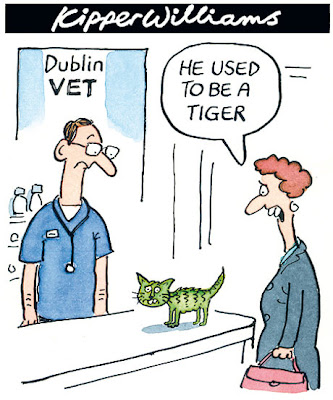 Combs' stranger-than-fiction story of getting one over on (the now defunct) First Interstate Bank was received by all with the glee, helpless laughter and hearty applause it deserved.
Posted by Mari G at 4:03 PM

What a satisfying evening Mari. Did he actually get away with it and has it given you any ideas (as an ex-banker)? Debbie

Being an ex-banker was what made the whole thing so satisfying. From experience I know how easily stuff can go wrong and to hear about someone who actually found that glitch & is making a living from recounting it, made me so gleeful.
Without spoiling the story in case you go see it - his conscience got to him in the end.

Thanks Susannah. The play went down very well with the post-Celtic Tiger audience & the cartoon seemed to fit!