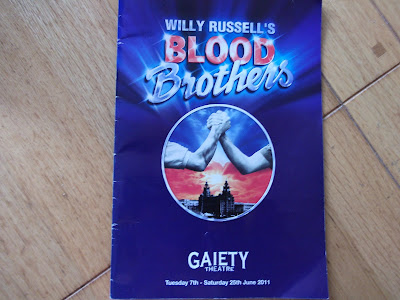 As someone who has been touched by adoption, a story about separation at birth and the pull of blood ties has long been on my must-see-sometime list. 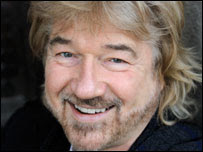 evoked the full gamut of emotions in the Gaiety Theatre Dublin yesterday.


The impoverished mother who sells one of her newly born twin sons to her rich, childless employer, their pact to never tell the boys they are brothers and the subsequent meeting of the two boys and their instant friendship despite coming from opposite sides of the tracks, left me both laughing and wiping away a tear. 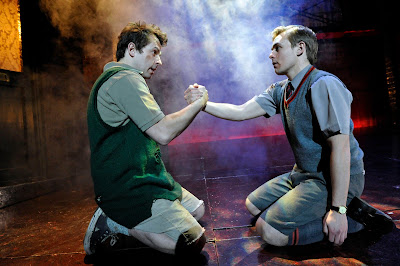 For me, it was the erosion of Mickey's (the poorer brother) innocence - he starts out a bouncing, game playing seven year old - by the knocks of unemployment, early parenthood and depression, that stood out. Especially, as it is played out against the success of his richer adopted brother,Eddie, who himself envies Mickey's free spiritedness (and also falls in love with Mickey's girlfriend, Linda) and grows up to offer Mickey financial help, which the latter rejects out of pride.

An ominously narrated running theme of superstition about the separation of twins,together with a haunting musical score, move us through the story without flagging and make it easy to understand why this award winning musical has been running for a breathtaking 27 years.
Posted by Mari G at 4:29 AM

You've made me want to see it. Somehow its one I've always missed as well. Now on my list again.
Eileen k

Hey Mari, whats with the time thing on your blog? its actually 12.15pm as I write! Eileen K

Eileen -it's been on my list for several years and I just decided, this is it, I'm going. As for the time, I think I'm in another time zone (in more ways than one, says you)
Nice to hear from you!

Hi Debbie
It was something.
W Russell also wrote Shirley Valentine & Educating Rita. Haven' seen the plays but really enjoyed the movies.
Good to hear from you.