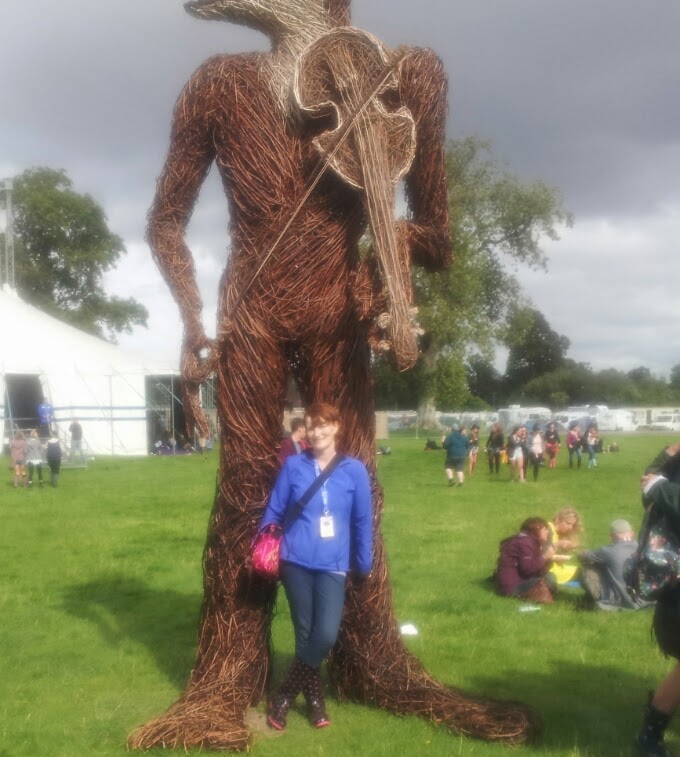 Each time I go I tell myself: this is it, my LAST Electric Picnic. This year was no different.  41,000 punters (biggest crowd ever) made for a lot of queuing - a very unpopular activity. Mindfield, for the second year in a row was without the usual packed line-up of novelists and poets. Two things that should be enough to keep me away. 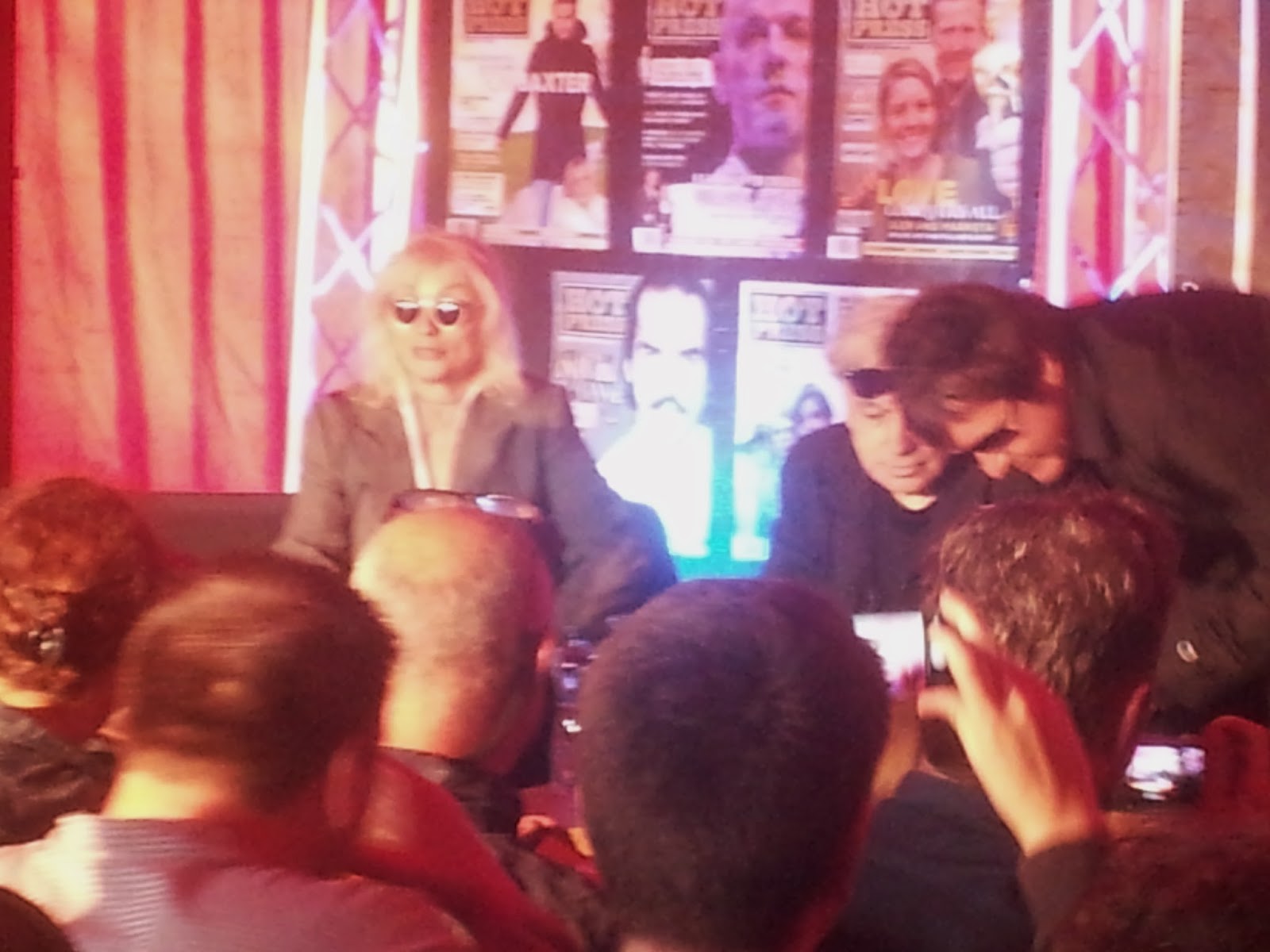 Still, Debbie Harry (Blondie) chatted to us in the Hot Press tent. 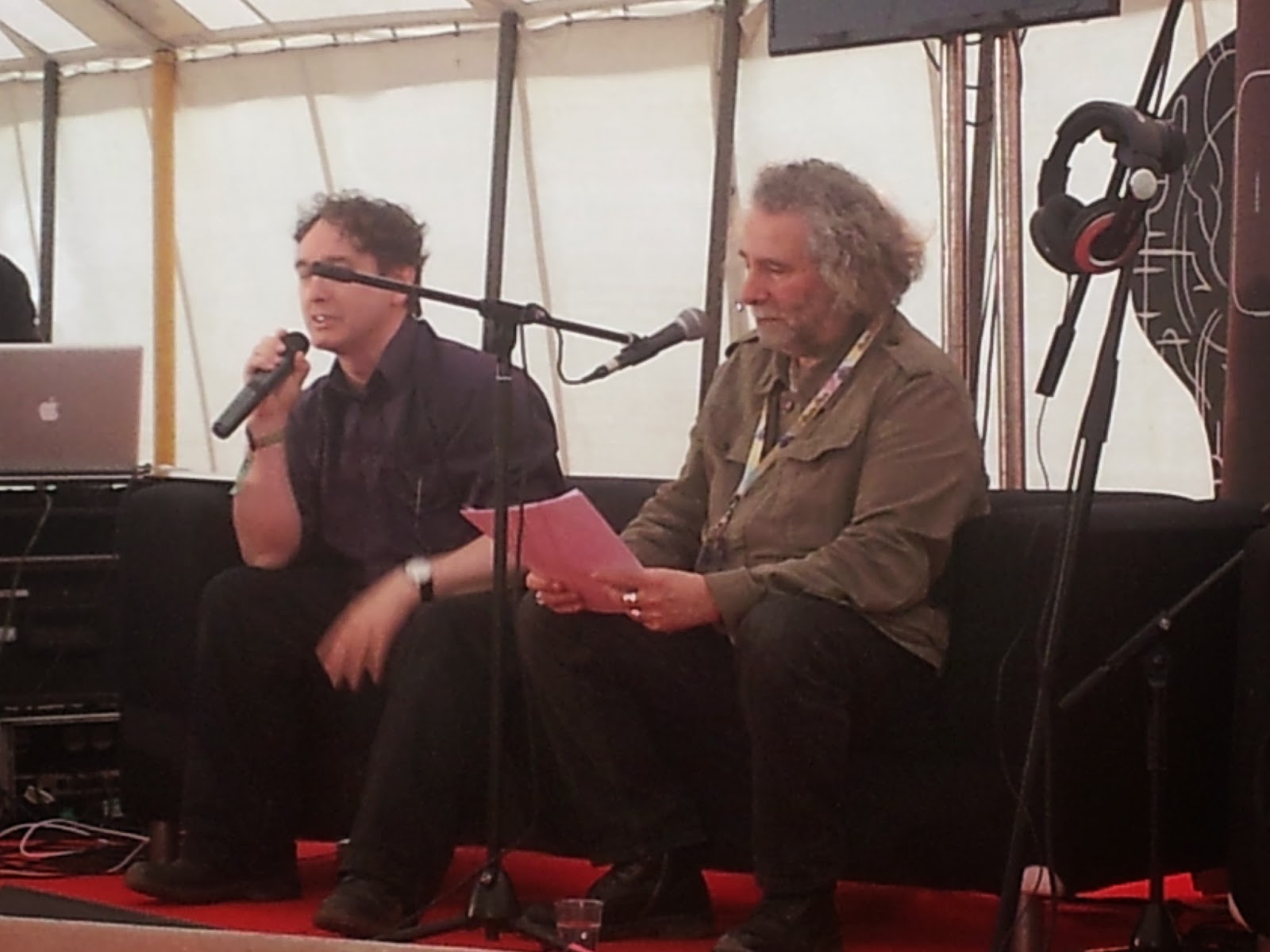 Kevin Godley of seminal 70's band 10cc, told us about his music production app www.wholeworldband.com - free to download, which allows anyone produce their own music online.

In the comedy tent, David McSavage was as frightening as ever, his mimicry of Gerry Adams, in particular, raising the roof. 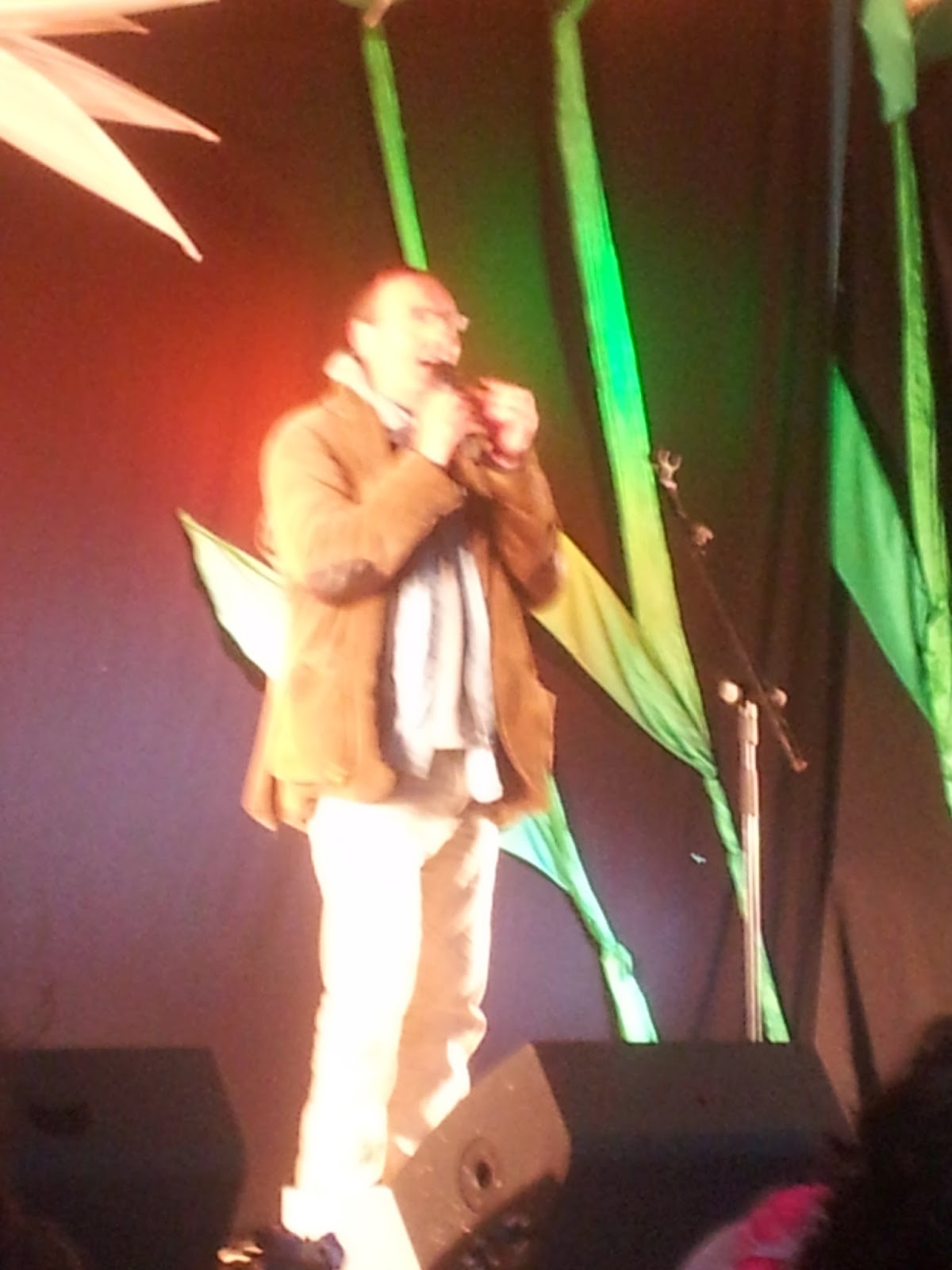 A selection of bands from my formative years kept me in the front row of the Main Stage. 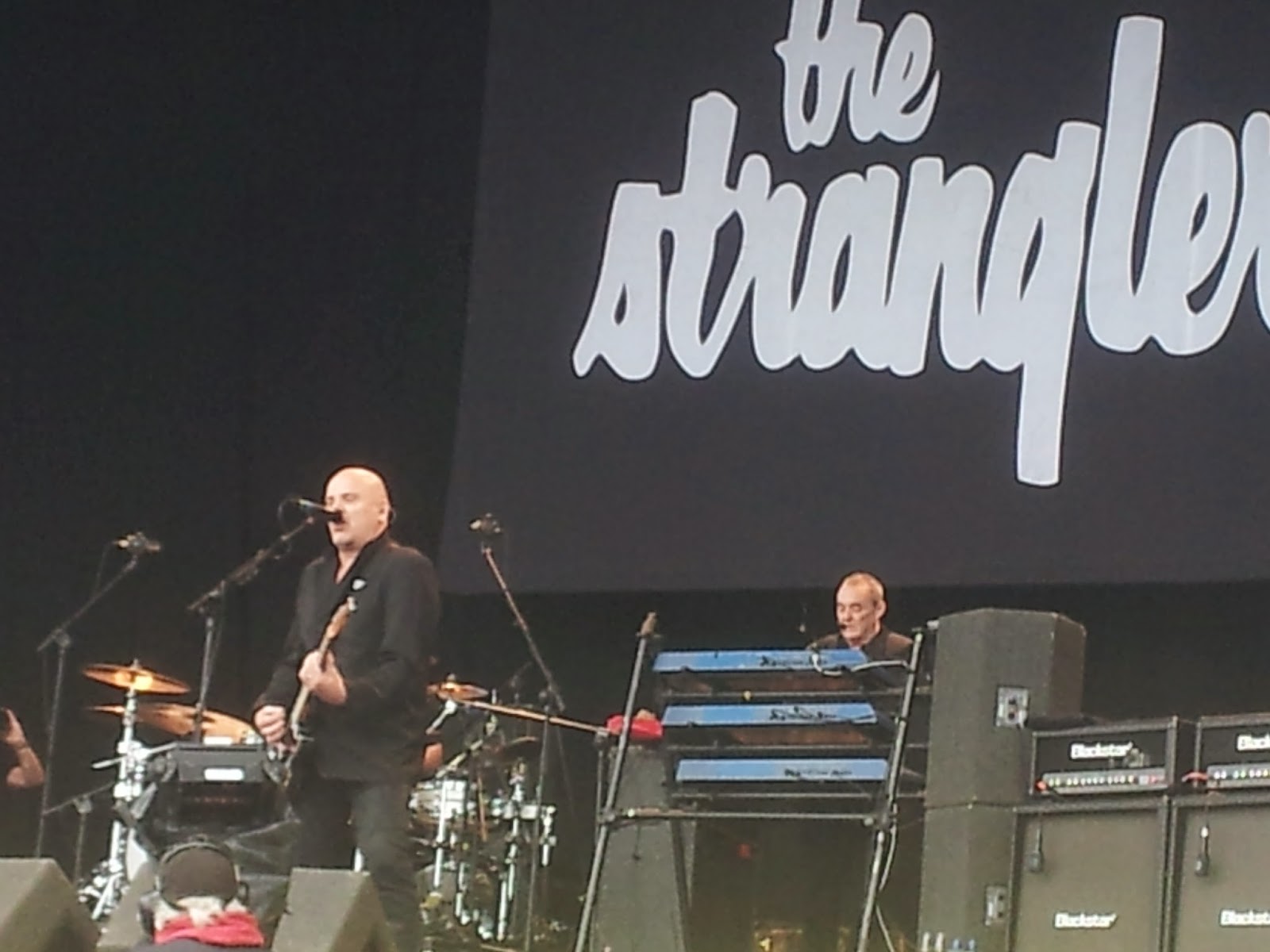 Seventies punk-rock band, The Stranglers, thrilled with classics such as 'No More Heroes' and 'Golden Brown' and particularly wonderful was their billing slot - 2pm - allowing this punter to enjoy them at a respectably early time! 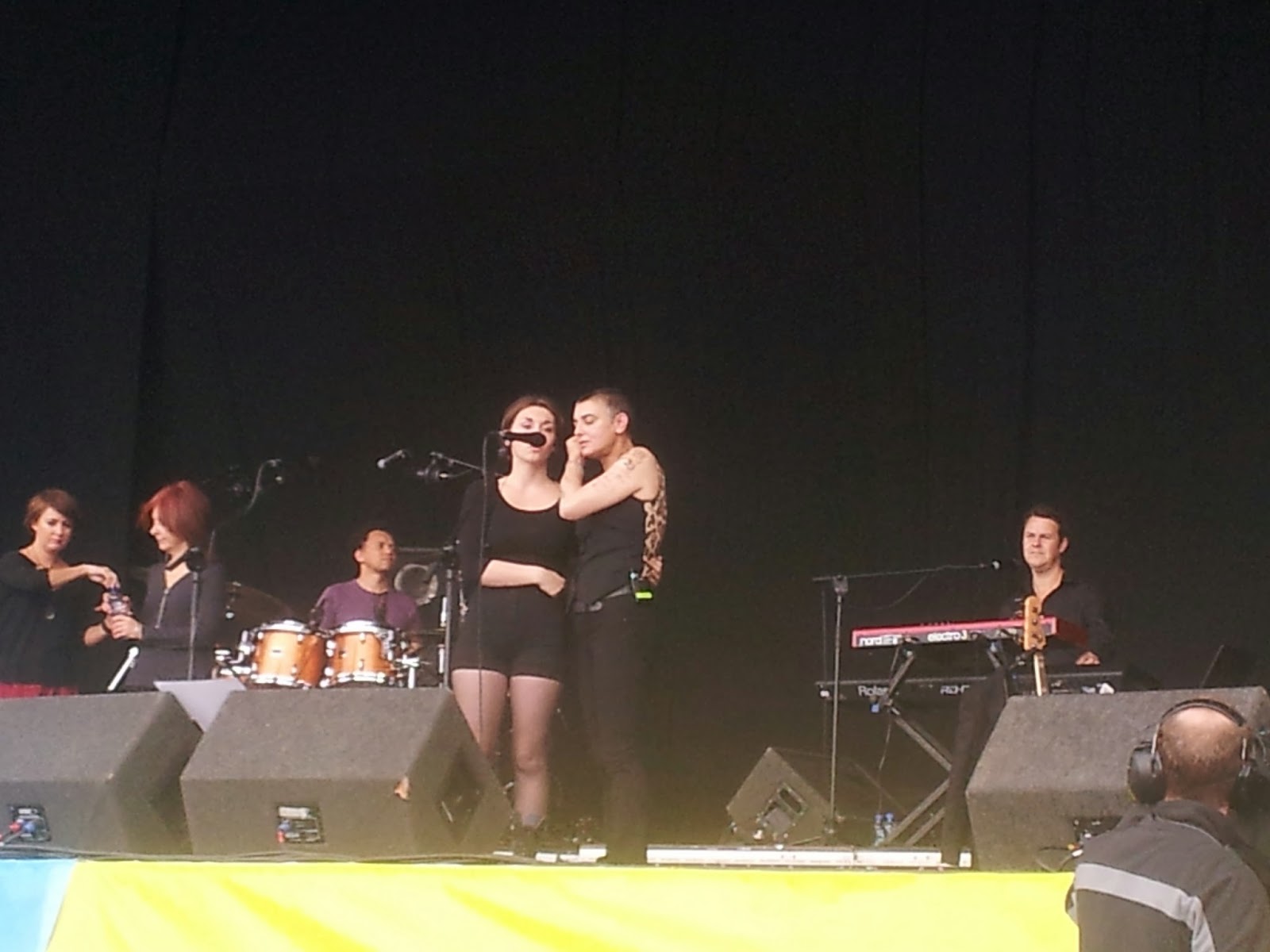 Sinead O Connor was in fine form, belting out 'Emperor's New Clothes' and 'Take me to Church' but sadly for me, no "Nothing Compares." Still, she had her lovely daughter Roisin on stage and they sang a fabulous ballad together - surreal moment. 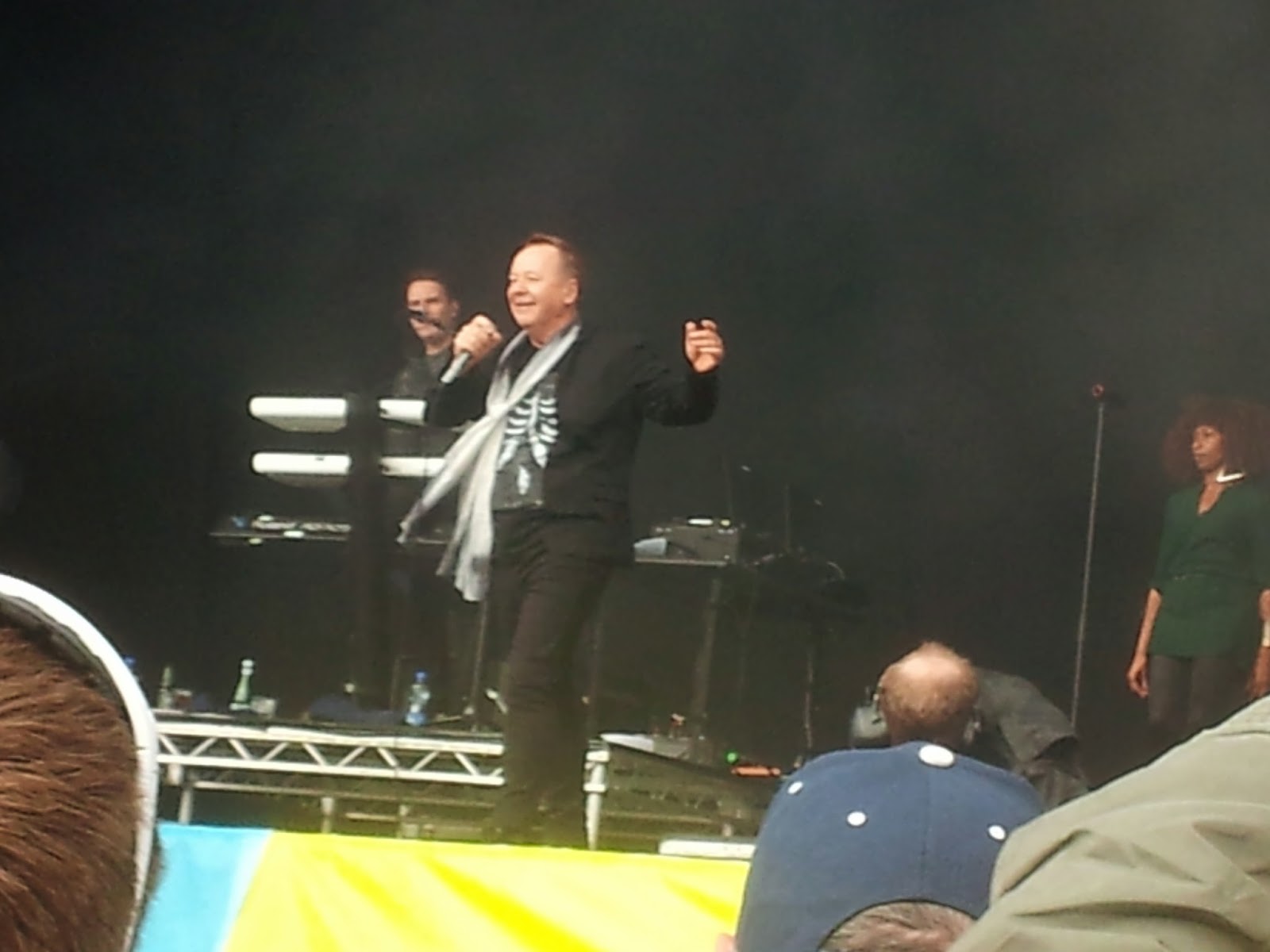 Simple Minds took me back years and good old Jim Kerr (although his voice is not as strong as it used to be but at 55 years of age he has to be forgiven) belted out his anthems: 'Don't you forget about me' and appropriately titled for all of us still giving it a lash: 'Alive and Kicking'.


I dropped in to see the anarchic Rubberbandits whose madcap set had a sort of unnerving aura - their song 'Spoiling Ivan' made me a tad uncomfortable - the desired affect, I suppose. 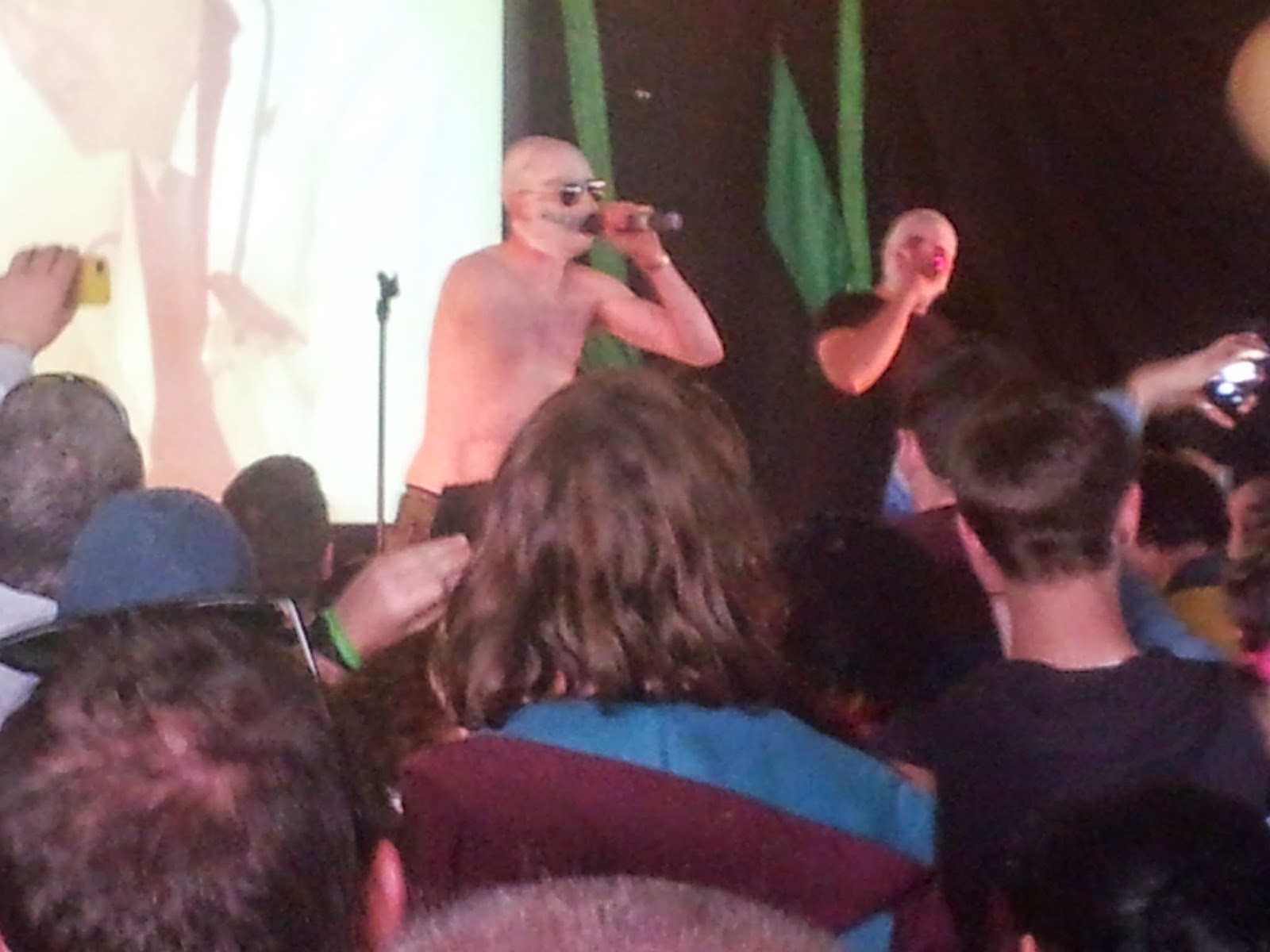 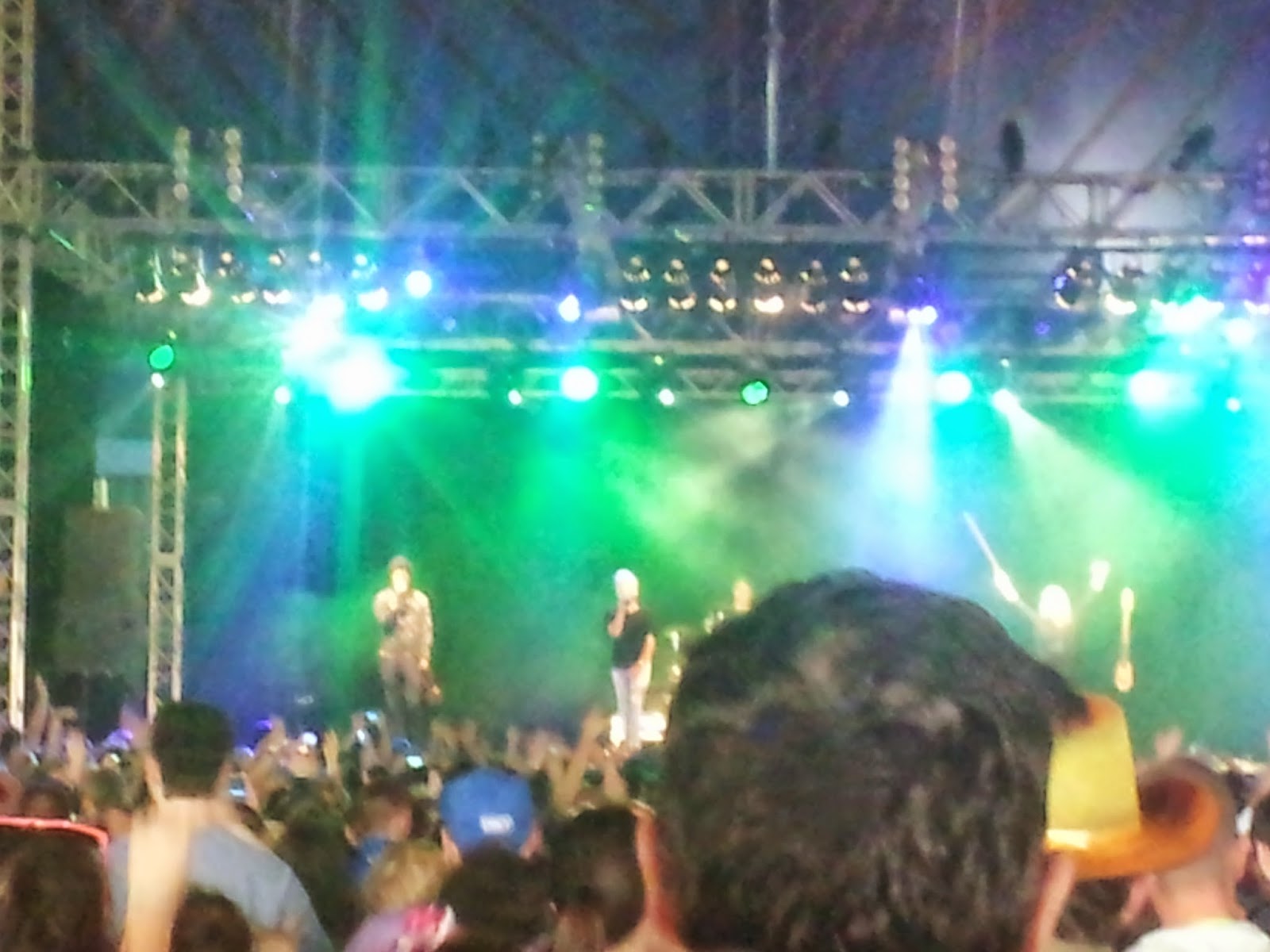 And a great sounding Cambridge electronic band, recommended by the teenagers in my house, Clean Bandit, whose catchy song 'Nowhere I'd Rather Be' was an anthem for the weekend.

As always, just being at EP is fun in itself: 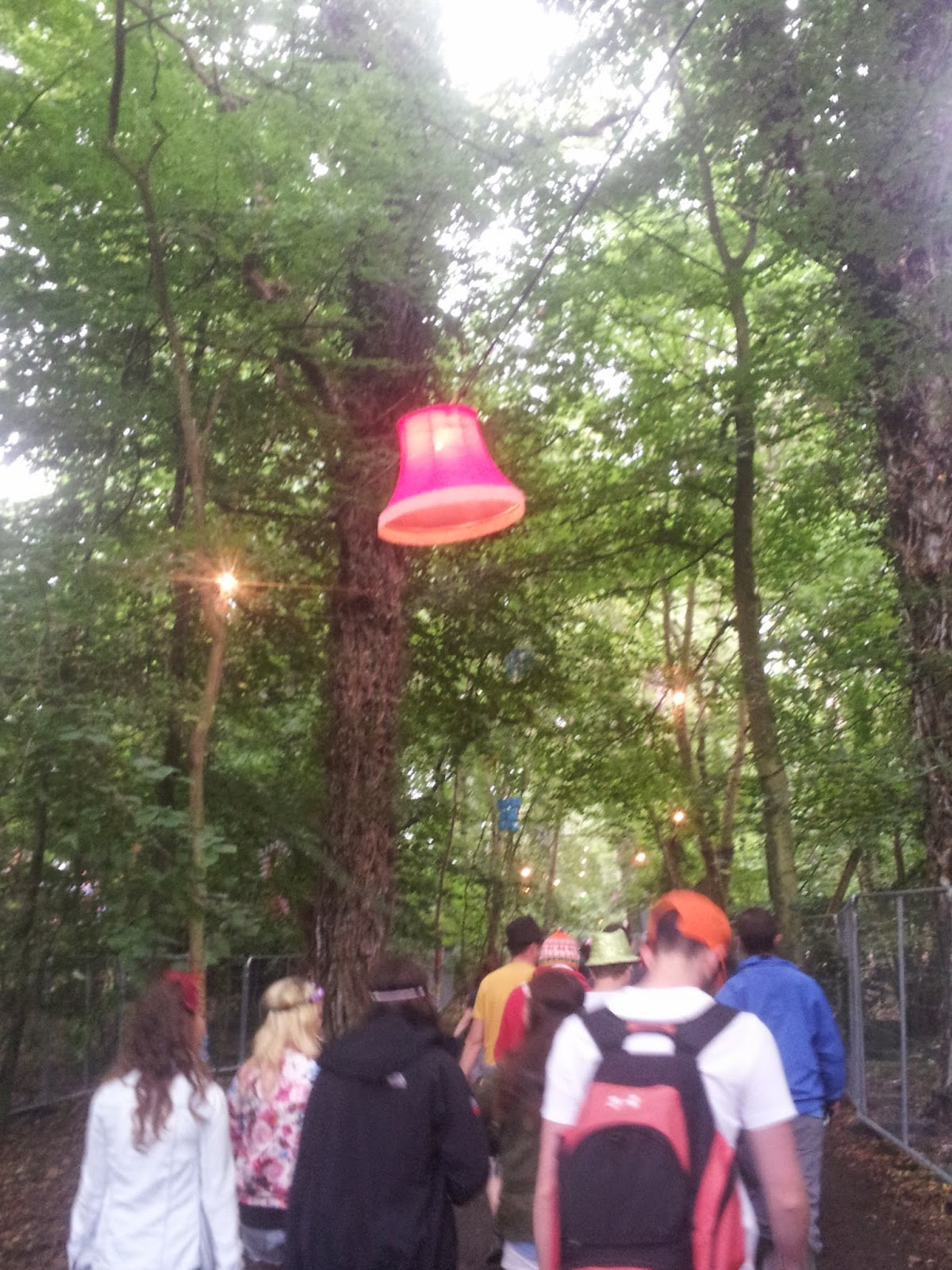 especially when you spot a lampshade in a colour you were looking out for in ages, 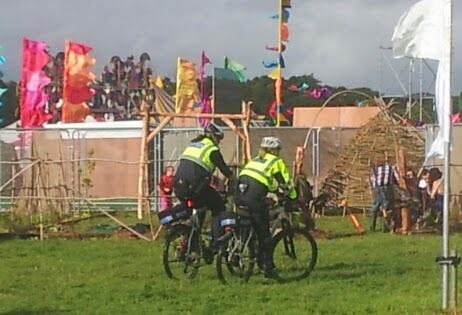 or two Gardai whizz past you on bikes 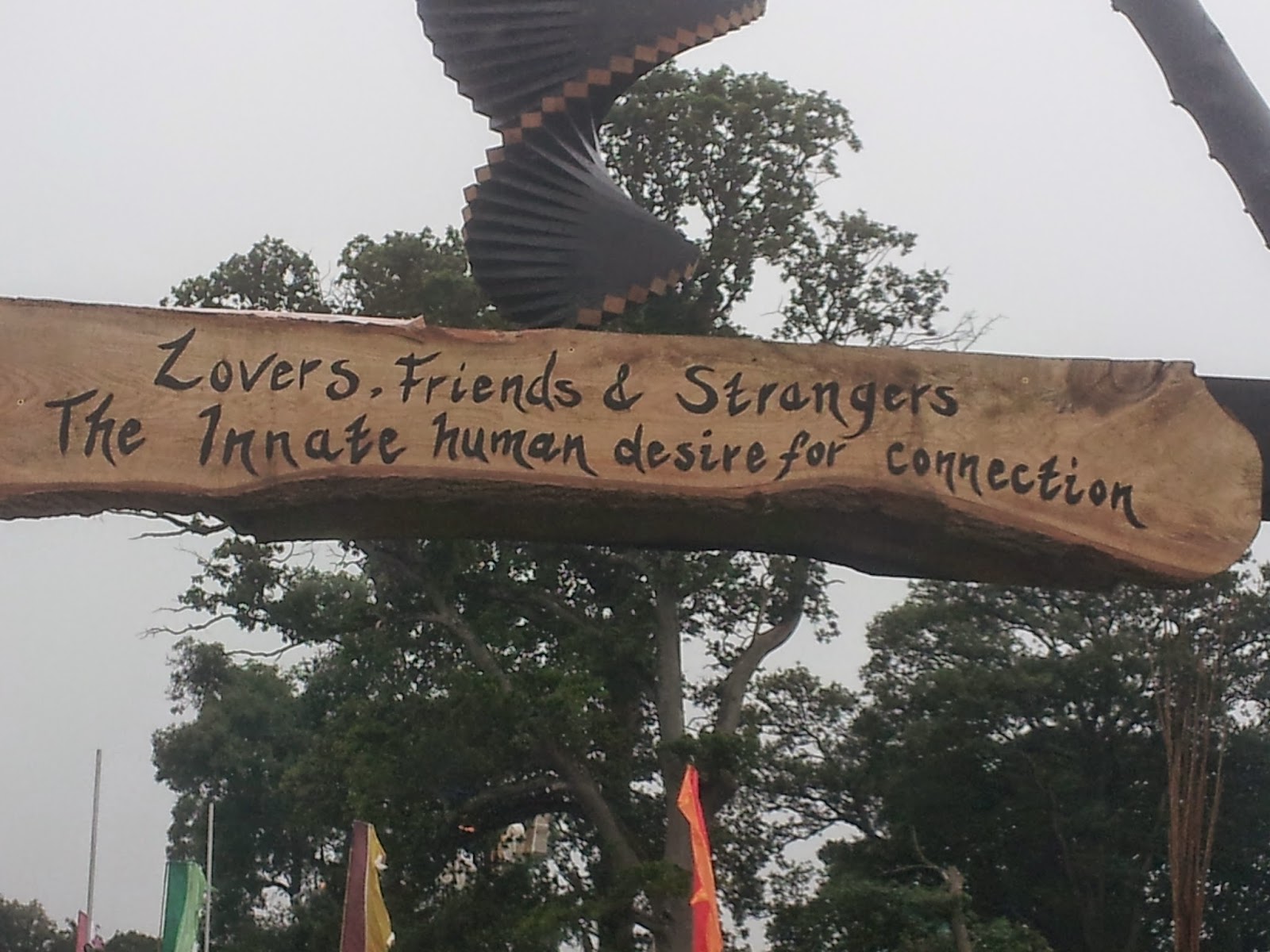 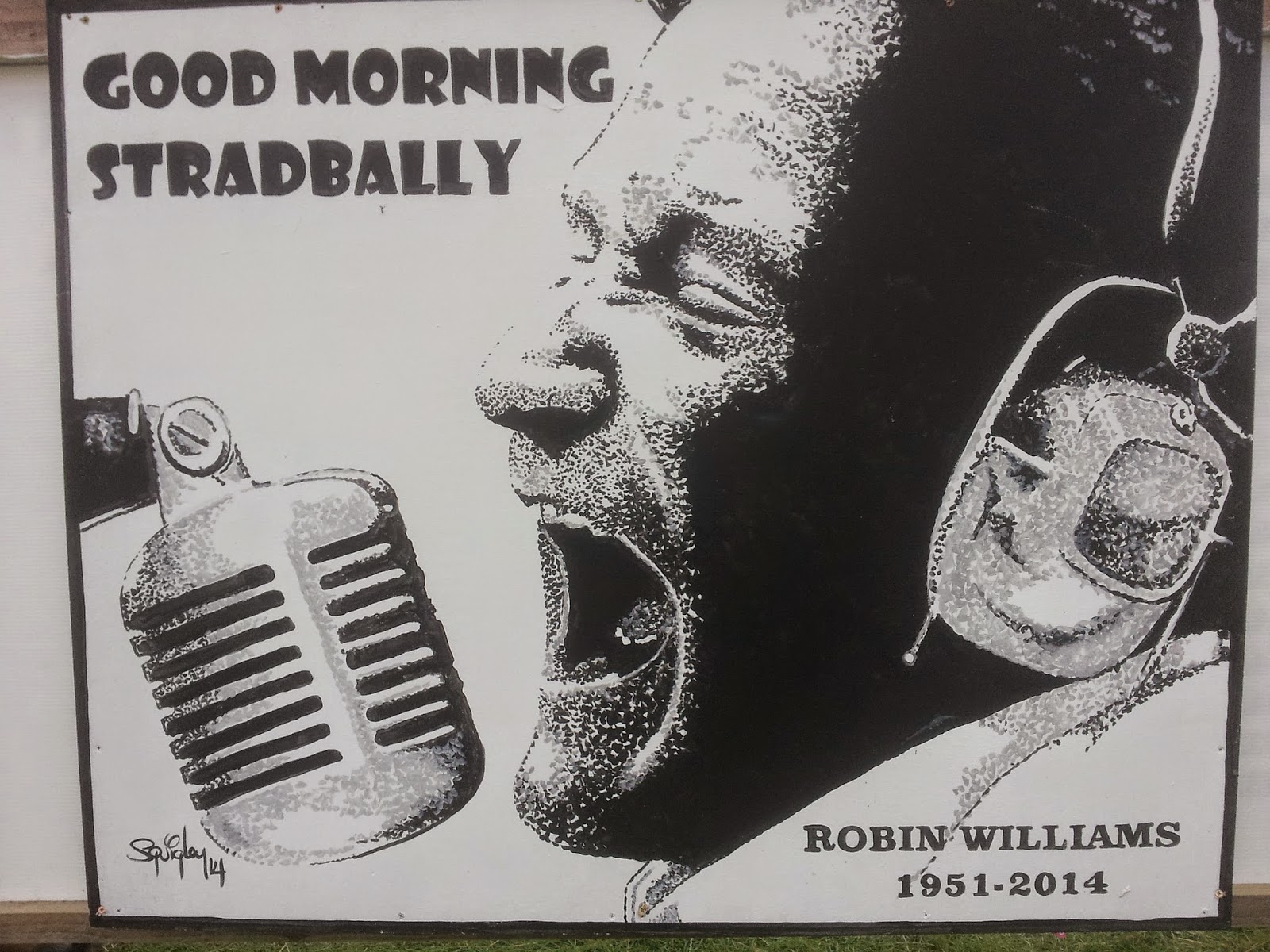 or a legend puts his trademark stamp on it all.

As they say where I come from: 'No Comment'.

I take it you enjoyed it then! And not too much doing on the Literary front? some of my friends were reading on Saturday- Phil Lynch and Anne Tannam. I'd like to have a look around it before anyone else got there just to get a sense of the place- my daughter came home with lots of blisters from all the walking, but they thats right up your alley! Eileen K

It was brilliant, Eileen, unexpectedly so, as I was telling myself as I queued in, that it was definitely my last year!
The walking is the challenge but as you say, that's fine with me.
Disappointing how few writers are appearing at EP now, maybe there are too many other better venues/events for them to read at?
See you soon.

You're a writer? Crool shoes. Me, too (kinda, sorta). I know for a fact, however, you gotta whole lotta intelligence behind those two ears, girl; thus, I wanna give you my finite existence: to intrinsically value the Great Beyond which I’ve learned to appreciate, to visualize the fundamental reality of infinity is why I‘m here for a teeny-weeny amount of time. Looky here...

Precisely why I had our ‘philanthropic + epiphany’ (=so much to give + vision): wanna see a perfectly cognizant, fully-spectacular, Son-ripened-Heaven?? … yet, I’m not sure if we're on the same page if you saw what I saw. Greetings, earthling. Because I was an actual NDE on the outskirts of the Great Beyond at 15 yet wasn’t allowed in, lemme share with you what I actually know Seventh-Heaven’s Big-Bang’s gonna be like: meet this advanced, bombastic, ex-mortal Upstairs for the most juvenile-lip-service, extra-groovy, secret-sauce-paradox, pleasure-beyond-measure, Ultra-Yummy-Reality-Addiction in the Great Beyond for a BIG-ol, kick-some-ass, party-hardy, robust-N-risqué-passion you DO NOT wanna miss the sink-your-teeth-in-the-smmmokin’-hot-deal enveloping, engulfing our catch-22-excitotoxins. Cya soon, girl…


If you cannot find a job, consider adjusting your approach. Just because lots of places aren't many jobs doesn't mean you should give up.play bazaar You may consider going to another area, but make sure that you can afford the commute if you get hired.satta king