One thought before I let the photographs tell it all:

Mindfield (The literary and reading section) was duller, apart from a couple of exceptions, lacking the oomph of previous years, minus a few familiar faces or even some new ones I thought should/could/might have made an appearance. Perhaps the new management are pitching the festival more towards the music/younger end of the market - the selling out of 35,000 tickets would indicate a commercial success. If Mindfield continues to shed dynamic in terms of variety and calibre of writers/performers, they will lose at least ONE punter - and that should really worry the management-(as the younger generation would say) LOL. 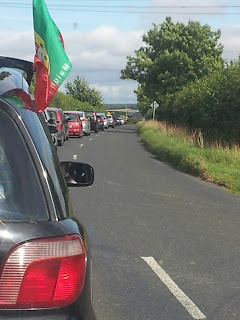 Inch by inch I got there - thirteen thousand extra punters does make a difference to the journey. 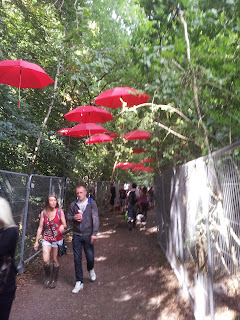 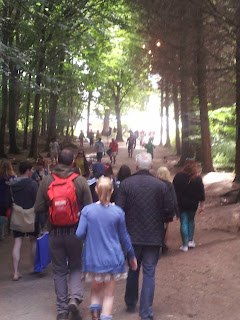 On the way to the main arena, red umbrellas instead of red carpet. 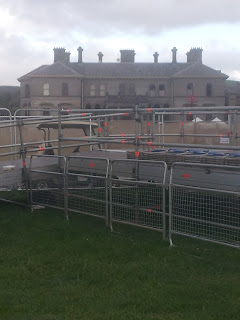 Stradbally Hall, in the near distance, allows the Cosby family (owners of the land) to keep an eye on proceedings. 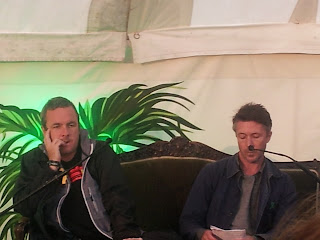 Stuart Carolan (creator of RTE crime drama Love/Hate) and actor Aidan Gillen held court on Literary Stage. AG read a Seamus Heaney poem. They talked about their working life -AG said he often felt like "walking away" from it all.
A question to SC - "Have you had any reaction to Love/Hate from the criminal world?" SC shifted around on his seat and after at least 20 seconds averting his eyes told the spellbound audience he had indeed got 'enquiries' as to whether he had inside information, so accurate was his portrayal in Love/Hate of a particular crime. 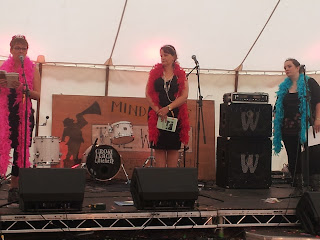 The Poetry Divas strutted their stuff on Sunday morning, telling us about shoes so high and narrow, they gather your toes and cause you to totter, about the Irish using swearing as punctuation, about shopping for jeans and seeing "an infinity of huge arses" in the boutique fitting room angled mirrors, about a passion for a red headed man. In the row in front me, three young men snoozed and rested, obviously recovering from the night before. Watching their reaction as they woke up(open mouths, wide eyes and eventual guffaws) to the sight and sound of a poem about breasts and the various names they are called - hooters, brad pitts, fried eggs, melons, with photographs to illustrate, was as entertaining as the poem itself. 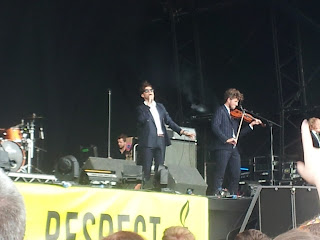 Musical highlights were English band and performers of the classic "Five years Time": Noah and the Whale 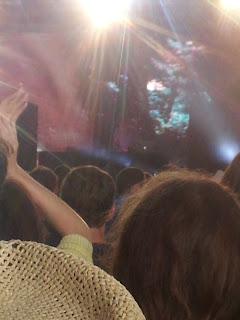 Daithi - a finalist in the All Ireland Talent show - proving once more you do not have to win a competition to go on to a successful career. The Strypes, a hugely praised young band from Cavan, showed their talent - even though their sound was a tad over-produced and frantic for me. 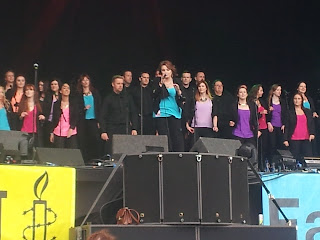 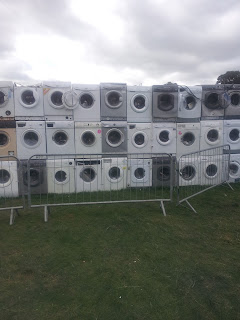 The washing machine installation to remind me of all that work building up at home while I was off roaming the fields in Stradbally. 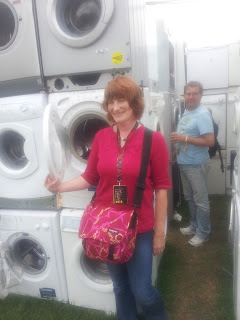 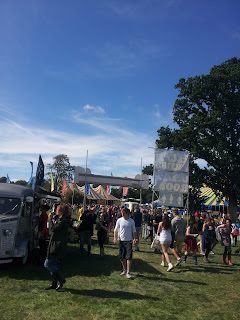 As before the weather obliged - blue skies, thankfully, most of the time. 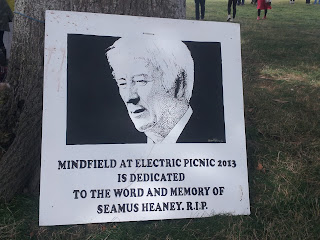 The weekend was overseen by the loftiest and most influential participant of all.
Posted by Mari G at 5:15 AM

Looks like fun, sounded great from my back garden :)

Hi Niamh. I had hoped you might have been on the Literary stage but I suppose you were already booked. Next year?

Hi Mari, Thanks for stopping by at our gig. We had a great time. It's not every reading that a red-headed man offers to run off with me!

Hi Kate. Really enjoyed your gig, certainly it was the highlight of Sunday in Mindfield, the vibe in the tent was great! Mr Red-head's offer sure added to the fun!

Use LinkedIn as a job.The Q&A section is a great area to show off your knowledge.play bazaar You can also ask questions yourself to find out about other users.satta king