Madonna and the Rain 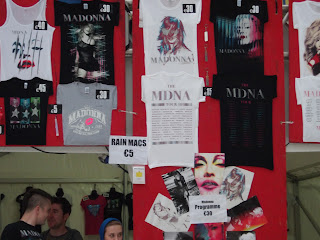 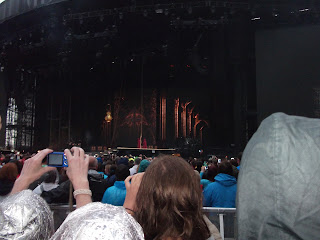 While Madonna's attempts to shock continued apace in the half-full 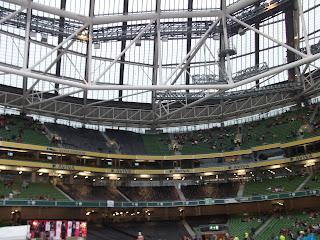 Aviva Stadium, Dublin last night, from the Act of Contrition voiceover for Girl Gone Wild
to bloodspattered screens and pointed guns for Gang Bang to a thonged, rain spattered, bum in our faces 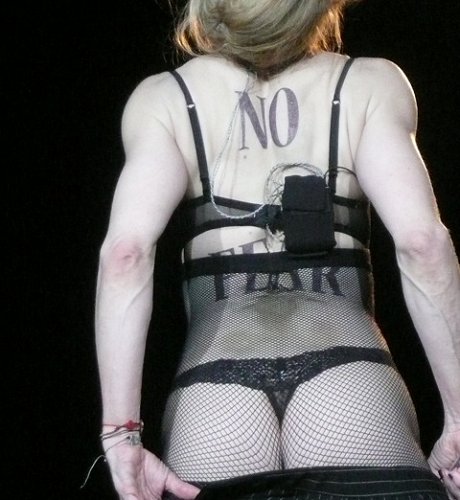 the real star (not) of the show was the RAIN which poured relentlessly (apart from a short, joyful break from 10pm to 10.45pm) on us, her pitch standing, straining-for-a-look fans. 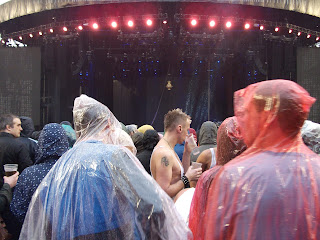 If you hadn't listened to her new album MDNA, then the show could be a bore, as classics were thin on the ground. Around half way,  I spotted fans chatting and disengaged while she sang Masterpiece, a song from MDNA and some leaving the 'Golden Circle' - a section near the stage that cost E140!! - at half time.

Highlight of the night was a gospel version of Like a Prayer  -electrified the crowd.

For those of us who just admire the guts and general tenacity, even the wet-to-the-very bones rain, didn't dampen.

Didn't make it here though: 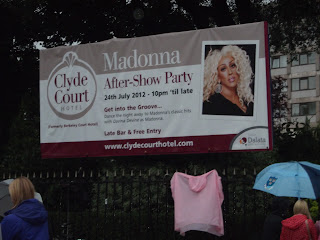 think I would've missed the classics, I havent listened to her for years, I do love like a prayer though. Great photo:)

Hi Niamh. She still managed a hell of a show even without her classics. Rain was a killer, though.