Despite the pessimistic weather forecast, and the constipated, heavy skies, rain mostly stayed away (during the days anyway) at Electric Picnic 2011 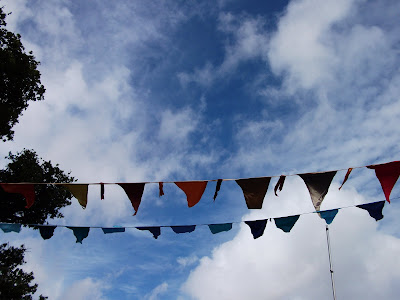 Even blue sky made an occasional appearance. 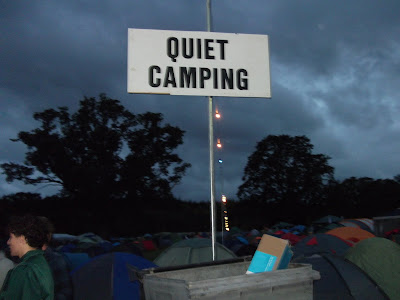 Some of us didn't venture to camp. Even if there was the vague promise of getting some sleep.


After a week of controversial utterances, Sinead O Connor kept the crowd on their toes in fine voice and generously didn't forget her classic
"Nothing compares to U" 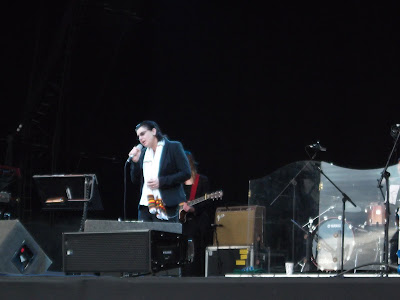 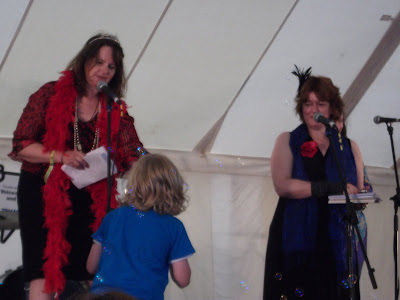 The Poetry Divas gave rousing performance poetry in Mindfield, on subjects as wide ranging as broody twenty two years olds, the seductivness of wine, and bored housewives whose kitchen appliances actually speak to them in a reprimanding manner. The lively session ended with an hilarious group performance outlining, with explanatory photographs, the various names by which breasts are known,introducing a range of new (to me anyway) expressions such as your "Brad Pitts" or "windscreen wipers" 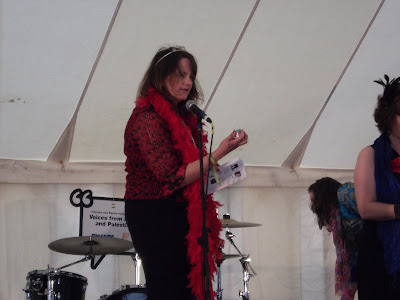 Roddy Doyle read "Karoake" an (as yet) unpublished new short story, on the Literary Stage. He brought his middleaged men to life, with crackling dialogue and sharp observations, giving us a reading that would match a one-man play, in which Lester and friends have a night out in a Spanish karaoke bar, even encountering some "Spanish Culchies." 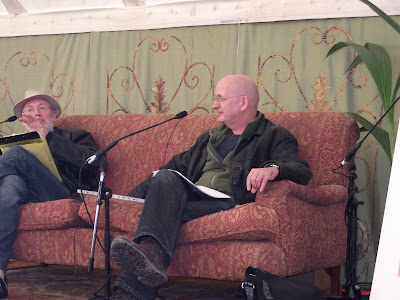 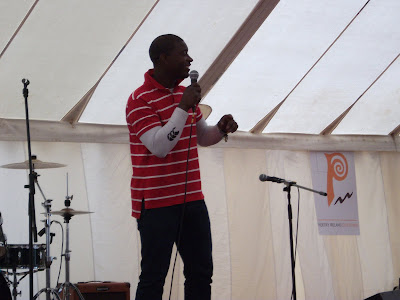 Just caught the end of Irvine Welsh as he was taking questions on the transporting of his infamous "Trainspotting" characters to the screen. 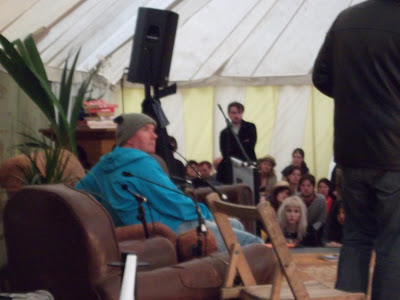 In between all that there was the Rubberbandits (too dark and crowded to take photo) where I arrived in time for their massive You tube hit "Horse Outside" and a pancake stand where a trapeze artist was on hand to put lemon on your pancakes, 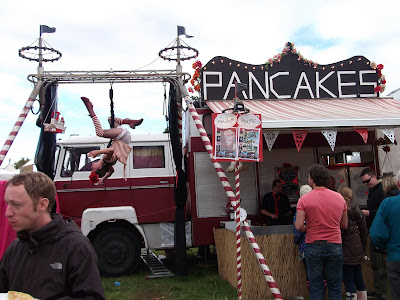 and Maria Doyle-Kennedy on the Salty Dog stage. 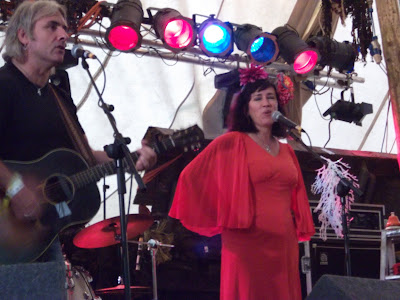 After all that there's only one place for me. 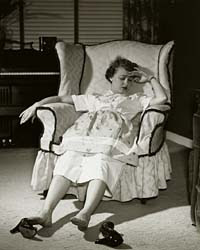 Thanks for the photos, would have loaved to have heart that Divas piece - there seems to be so much to chose from!

Hi Niamh. EP would induce attention deficit, so much is going on at the same time, bands, readings, comedy, political debate. And there's all the people watching as well -theatre in itself!
Divas were great.
Nice to hear from you!

Sounds wonderful Mari - a feast for eyes, ears and kitchen appliances. I'd love to have heard those poetry divas. Debbie

Hi Debbie
Poetry Divas were really good fun, with a great repetoire of poetry. EP is just as you say, a feast for the eyes and ears. A bit hard on the feet though!

Sounds like a great diverse offering. I'd love to have seen Irvine Walshe. Is he as engaging as his books?

Hi Olive
Got in at the end and he was taking questions from the audience. He was talking about characters/people (particularly his baddies) and saying that they have the same dreams, fears and ambitions whether set in Glasgow or New York. The tent was jammed and the audience hanging on to his every word. A short few minutes but thoroughly engaging.

Thanks Mari! Really appreciate your kind words. The Poetry Divas are appearing next at Dromineer Literary Festival in Dromineer Saturday 1st October at 10:30pm. We may bring our boobs...

Hi Kate
You're welcome. Twas a great show from Divas.
Sadly even with the promise of boobs I may not make Dromineer..look forward to your update on that & to EP next time round.

Hi Mari, Hope you can make it this year too. We have an updated finale for your amusement. 2pm or thereabouts on Saturday in The Word.

Hi Kate
Do hope to make picnic again this year & will head your direction!