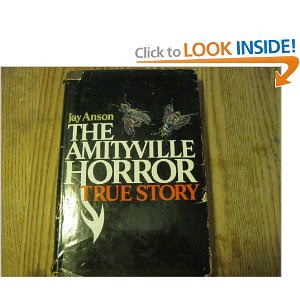 My reading of Jay Anson's (supposedly non-fiction) account of the Lutz family's stay and subsequent flight from haunted Amityville made the inside of my flat never seem safe and cosy again.

The image of the demon possessed, ephithet spewing, skin rotting, crucifix-flagellating, head-spinning young girl followed me around for weeks, or should I say, months, after I finished reading William P Blatty's seminal "The Exorcist." 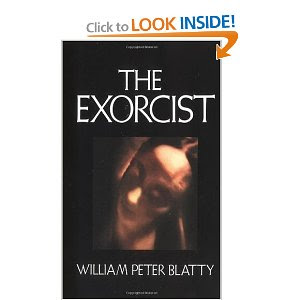 Many years later, it's this Shane Ross account of cronyism, old boy networking,blatant conflicts of interest and arrogant ignoring of the economic warnings, that has induced spine chilling shivers. 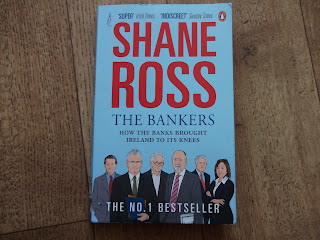 Most worrying, is that not one of the mentioned individuals, and Ross resolutely name drops all the way through, has made any attempt to refute the author's account of their role in Ireland's meltdown, adding to the general alarm I felt while reading. Especially as I worked in banking (albeit on the lower echelons of the corporate ladder) for nearly three decades. A sobering realisation that all this stuff was going on while I was beavering away, thinking I was doing a great job. C'est la vie.

Our newly instated government have pledged to bring change. Shane Rosses "Bankers" is required reading, if only to remind ourselves of where it all went wrong, lest it should ever happen again.
Posted by Mari G at 4:01 PM