Novel to Movie -Betrayal or Brilliance?


If, like me, you look for an accurate and faithful transfer to screen of a loved novel, then dollops of disappointment often await. My latest disappointment has been Breakfast at Tiffany's  - I know, I know, the movie is over fifty years old and I'm only watching it for the first time now.

The whitewashing of Truman Capote's  dark tale, of how far people will go for money, narrated by a co-resident who has a purely platonic relationship with heroine Holly Golightly, was mercilessly transmogrified into a sentimental, romantic movie that only barely resembled the novel. "Loosely Based" indeed.  However, a visit to http://www.newbridgesilverware.com/museum 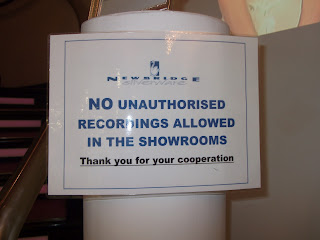 gave a fresh perspective on the whole novel-to-movie thing.

In the making of Breakfast at Tiffany's, the casting of Audrey Hepburn in the lead role, led to the creation of a seminal icon.  Irrespective of the sanitising of the Capote's story, the movie in itself is an individual piece of art, a showcase vehicle for the glowing, screen-filling irridescence that is Hepburn's Holly Golightly.

The display of Hepburn's fab dresses and jewellery worn in the movie, 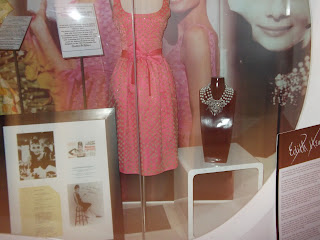 as well as the original 1961 zany, promotional poster, 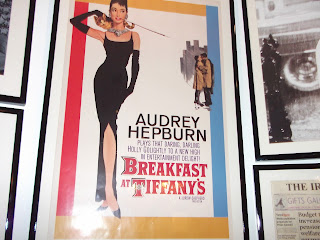 lends the movie an entity of its own, distinctly apart from the novel.


Perhaps the way to enjoy a loved novel to movie is to try and not have the written version hovering overhead, like a preying alter-ego but instead accept the new piece of art in whatever way it's been created.

Have you any novel to movie that's been a disappointment?

Wuthering Heights -
There'll never be a Heathcliff worthy of my (imaginary) book version:) Though I like the 1930s version.

Hi Niamh
Wuthering Heights has never been as much a favourite of mine as Jane Eyre -her sister's novel & the recent Jane Eyre, was, I thought, one of the brilliant ones.

Funny you should ask Mari - I watched East of Eden last week, having just read John Steinbeck's masterpiece. While I wasn't expecting the film to come close to the gobsmacking brilliance of the book, I was surprised to see it only covered the last third of the story. I found James Dean's studied performance cringey, though am prepared to call that dated, along with the harsh music. But the in-your-faceness of the message was harder to forgive. The film that comes closest to honouring its book for me is Holes. No suprise to see that the screenwriter was also the author Louis Sachar. DX

Hi Debbie.
I do think that if the author is involved in the screenwriting, faithfulness to the book is more likely. No matter what though, once you've read the book, it's hard to accept the 'loosely based' version offered to us by the movie!
x